No New Nukes, Dismantle Old Ones 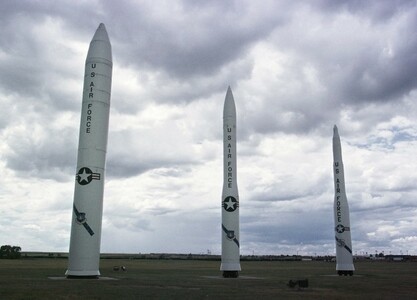 Build no new nuclear weapons. Stop struggling with an aging arsenal and begin dismantling it, as required by the Non-Proliferation Treaty.

It is an outrage that the U.S. President is planning to ask the Congress for ONE TRILLION DOLLARS over the next 30 years to perpetuate the nuclear terror by building a new nuclear bomb factory, as well as new nuclear bombs, and their delivery systems -- missiles, planes and submarines capable of destroying all life on earth many times over.

Recently nuclear bombs were mistakenly flown to Mississippi from their bases in North Dakota and no one knew they were missing for over 38 hours. And a number of soldiers with their finger on the nuclear button in the missile launch silos were dismissed for drunkeness and cheating on tests, while silo doors were found to be improperly secured.

Possessing nuclear weapons does absolutely nothing to keep us safe, so that there is really no trade-off involved in eliminating them. They do not deter terrorist attacks by non-state actors in any way. Nor do they add an iota to a military’s ability to deter nations from attacking, given the United States’ ability to destroy anything anywhere at any time with non-nuclear weapons. The United States, the Soviet Union, the United Kingdom, France, and China have all lost wars against non-nuclear powers while possessing nukes.

The elimination of nuclear weapons is globally a widely recognized need, as well as a legally mandated action, and a step toward a world beyond war.