No to War, Hot or Cold, with Russia 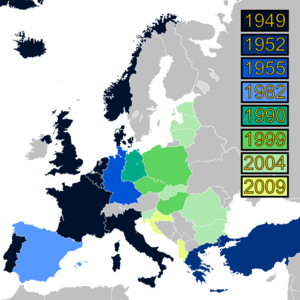 Reverse the steps taken in the recently passed resolution H. Res. 758, which distorts facts and hypocritically condemns actions the United States is itself guilty of in order to antagonize Russia, effectively declaring a new Cold War. The resolution demands that Russia be isolated and that the U.S. and NATO be prepared for war. This approach should be unacceptable in a new head of the Pentagon, and Congress should replace militarism with diplomacy toward Moscow.

NATO encirclement, the U.S.-backed coup in Ukraine, an attempt to use an agreement with the European Union to bring NATO into Ukraine at the Russian border, a U.S. nuclear first-strike policy, are all policies which attempt to substitute force for diplomacy.

Tensions between Russia and the U.S. are being fueled every day by players who would benefit financially from a resumption of the Cold War which, from 1948 to 1991 cost U.S. taxpayers $20 TRILLION dollars (in 2014 dollars), an amount exceeding our $18 trillion National Debt.

The resolution just passed by the House calls for “the President, in consultation with Congress, to conduct a review of the force posture, readiness and responsibilities of United States Armed Forces and the forces of other members of NATO to determine if the contributions and actions of each are sufficient to meet the obligations of collective self-defense under Article 5 of the North Atlantic Treaty, and to specify the measures needed to remedy any deficiencies...” In other words, "let’s get ready for war with Russia."

This is a dangerous and costly direction. Using diplomacy, rather than poor substitutes for it, would save dollars and lives, while allowing us to prioritize useful projects and collaborate with our international allies. This is a moment in which we all must raise our voices to make that change.