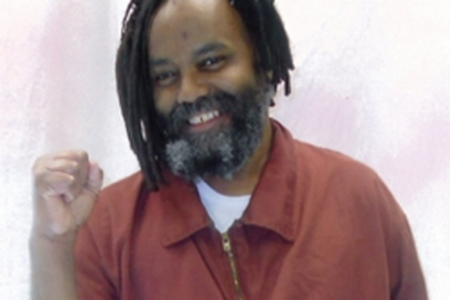 We urge you to take immediate steps to save the life of renowned journalist and political prisoner Mumia Abu-Jamal and to uncover the systemic problems that led to his life-threatening medical crisis:
1. Allow daily visits by Mumia’s family, friends, and attorneys.
2. Allow Mumia’s choice of specialist doctors to examine and schedule treatment for him – NOW.
3. Provide Mumia with a diet that meets his particular medical needs.
4. Launch a full independent investigation of prison healthcare in Pennsylvania.
5. Mumia is innocent and should never have been incarcerated. Release him immediately!

Mumia Abu-Jamal, 61, is serving life without parole despite clear evidence of his innocence. He now faces the same vulnerability to premature death as do thousands of elderly in US prisons today:
• Mumia reported three months ago a full-body outbreak of eczema, with blisters and bloody sores. Treatment by prison doctors produced a severe reaction. His skin ruptured.
• Prison officials failed to properly diagnose Mumia’s growing health crisis.
• On March 30, Mumia went into diabetic shock and fainted in the prison.
• When hospitalized, he had a blood sugar level just shy of the 800 figure that registers diabetic coma. His sodium was also a life-threatening 168. Throughout his stay he was shackled to his bed.
• Two days after his hospitalization, he was transferred to the prison infirmary, despite his very bad condition. On April 1, Mumia’s family reported that he was shaking uncontrollably, had labored breathing, had lost 80 pounds in the last three months, and may now have kidney stones. Yet the prison has been feeding him dangerous foods like pasta, despite special prison diets available for those with medical needs.

All this constitutes medical neglect and malpractice. Only a strong public response can save Mumia's life. Join the many voices of those calling for action now!