No New Fossil Fuel Infrastructure in Your City

No New Fossil Fuel Infrastructure in Your City 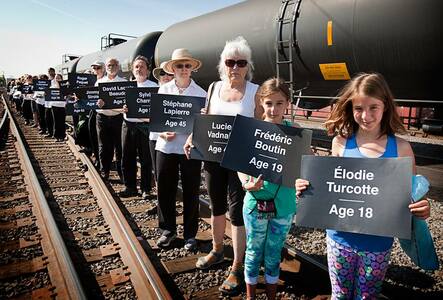 Please join Portland, OR, Mayor Charlie Hales, Hood River, OR, Mayor Paul Blackburn, and other elected officials in the U.S. and Canada in endorsing the principles expressed in Portland’s Fossil Fuel Resolution — that fossil fuels pose inherent health and safety dangers throughout their entire life cycle — and commit to creating similar restrictions on new fossil fuel infrastructure in your jurisdiction.

We will deliver the signatures to the mayor and the media.