Pelosi Needs to Step Down as Speaker of the House 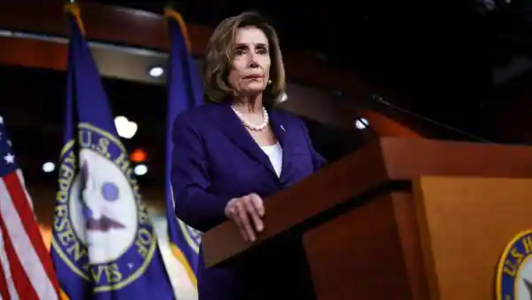 We the undersigned ask Nancy Pelosi to resign as Speaker of the House. Her provocative visit to Taiwan has unleashed an unprecedented crisis in US-China relations, with every possibility of leading to a military conflict that could culminate in a nuclear war. We are already confronting the threat of a wider war in Europe; by destabilizing the East Asian region with this dangerous stunt, she has demonstrated a level of recklessness that is intolerable for someone occupying the post of Speaker of the House, second in line to the Presidency.

Moreover, stirring up international turmoil while Americans suffer at home from inflation, homelessness, a continuing pandemic and lack of adequate healthcare is immoral and negligent. Our many national problems can be seen on the streets of San Francisco itself, Pelosi's home district, which has failed to address homelessness, poverty, and racist street attacks on Asians that are turbocharged by this Administration’s doubling down on the past decade of failed policies toward China. Instead of focusing on problems like these, and safeguarding—rather than sabotaging—the necessary cooperation with China to prevent climate collapse, Pelosi has risked global peace for highly dubious reasons.

Therefore, we call upon Speaker Pelosi to resign from her office as Speaker of the House at once.

Speaker Pelosi’s recklessly provocative actions show that new leadership in the House is needed to avoid a world-ending conflict with China. Her lack of leadership has been demonstrated repeatedly throughout her tenure, and it’s time to end the warmongering plaguing our daily lives and abroad.