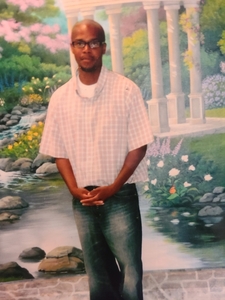 We call on the Michigan Department of Corrections, Michigan Attorney General Dana Nessel, Governor of Michigan Gretchen Whitmer, Lieutenant Governors of Michigan Garlin Gilchrist II, to immediately release Steven Hibbler from serving a life sentence due to an unfair trial.

Steven Hibbler, has been serving a life sentence in the Michigan Department Of Corrections since 1995 for a shooting he did not commit. Although an affidavit and testimony under oath from a person involved in the shooting pointed to Steven’s innocence, he was convicted of this crime and has been denied a retrial due to the justice system's failures.

These failures include but are not limited to:

* The first day of trial it was brought to the court's attention by an anonymous caller that one of the jurors knew the family and had a potential relationship with the deceased's daughter. Yet the judge never questioned the juror and allowed him to stay on the jury.

* During the trial, the prosecutor openly admitted to the judge that, while they had a theory that Steven shot the deceased, they did not know whose shots caused the death.

*Both Steven's trial attorney and appellate attorney admitted their ineffectiveness when it came to Steven's case and conceded that they made "mistakes" that could have affected the outcome of Steven's legal proceedings.

Now, after two and a half decades, there has been a new development in Steven's case that brings about renewed hope. We have learned of exculpatory evidence that the prosecutor intentionally withheld from Steven's attorneys in a desperate effort to railroad Steven. The prosecutor who handled Steven's trial had knowledge that the key eyewitness in his case had previously testified to seeing and knowing the name of the person who shot and killed the deceased. The person he named was not Steven.

Fortunately, this new information is currently being reviewed by the Michigan Attorney General's Conviction Integrity Unit, which has the power to investigate and reverse this wrongful conviction.

While under the knee of injustice, Steven has managed to completely transform his life. He is currently pursuing a bachelor's degree in sociology and has also collaborated with The Yale School of Art. He is a published poet and an accomplished artist whose artwork has appeared in the October 2019 edition of The Harper's Magazine as well as several art exhibits and installations. Steven is a member of The Michigan Theory Group, an Inside Out Prison Exchange Program alumni group that trains professors and instructors from around the world in critical pedagogy. He is also a co-creator and facilitator of the Inside Out Theory Group's Restorative Justice curriculum and program.

Over the years, Steven has developed the core belief that we are all interconnected as human beings and can change the world around us by doing one good deed at a time.

Steven Hibbler needs your help to affirm his innocence. After twenty-five years of wrongful imprisonment, he deserves immediate justice. Please sign this petition to encourage the CIU to thoroughly investigate his case. Please also get in touch with the Michigan Attorney General Dana Nessel at:

or send direct mail to:

Please send an email to [email protected] for additional information.