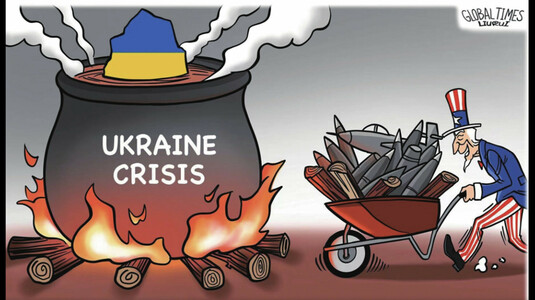 Recant your recent vote for $40 billion for War in Ukraine

Vote NO on the next weapons supplemental for Ukraine and support oversight hearings on prior weapons shipments.

Urge President Biden to back a negotiated settlement that recognizes the security interests of all stakeholders .

“Work relentlessly for de-escalation” and not for more war.

As constituents of Congresswoman Barbara Lee, we are disappointed by her recent vote for an additional $40 billion for the war in Ukraine, thus funneling billions more taxpayer dollars to the Pentagon and war profiteers. While we realize some of the money was earmarked for humanitarian aid, we are still deeply concerned that continued weapons shipments only discourage a negotiated settlement.

We deplore this vote mainly for two reasons:

It is adding fuel to the fire in Ukraine. It will prolong the war, resulting in more Ukrainian and Russian deaths. It risks escalating and widening the war – up to and including nuclear war.
The billions in US taxpayers’ dollars are desperately needed to address vital human needs at home, such as health care, housing, education, and the danger of climate change.

In late January of this year, Congresswoman Lee issued a joint press release with Rep. Pramila Jayapal that said “there is no military solution to this crisis.”

In March, following the Russian invasion and after voting for billions for Ukraine, Lee and Jayapal issued a joint statement cautioning:

“Alongside this resolution, we must reaffirm the urgent need for diplomacy and de-escalation at this dangerous and unpredictable moment”

“We must …work relentlessly toward de-escalation”

Shortly after 9/11, Barbara Lee was the only member of Congress to vote against the Authorization for Use of Military Force, a blank check for endless war. At that time she said:

“Some of us must say, let's step back for a moment. Let's just pause, just for a minute and think through the implications of our actions today, so that this does not spiral out of control.”

But in May 2022, she voted in lockstep with every Democrat in Congress behind President Biden’s war policy without voicing such questions or concerns and without mentioning the need for diplomacy and de-escalation.

As co-chair of the Defense Spending Reduction Caucus, Rep. Lee has fought for reducing the bloated military budget (calling for reductions of over 30%) and using that money to help meet the needs of poor and working people. But now she appears to be on board with massive and endless funding for the war in Ukraine.

At the current rate, US government funds for the Ukraine war are four times the current budget to fight climate change.
According to the Department of Housing and Urban Development, it would cost $20 billion to end homelessness in the United States.
The increase in aid to Ukraine provided by Congress is staggering and now approaches Russia's entire military budget. It matches the escalatory rhetoric from the Biden Administration, which now says a US goal is to use the war in Ukraine to weaken Russia.

We have supported Rep. Lee in the past in large part because of her opposition to the military-industrial complex and her advocacy for peace. We are deeply concerned about her stance lining up behind the forces of militarism, providing billions more to the war machine and putting us all at risk of a catastrophic war with Russia.

We need to stop this war which is accelerating the advent of the 2 existential dangers we are facing. Nuclear War and Climate Change,

We will attempt to deliver the petition at Barbara Lee's Oakland office.
We will contact the press for them to cover the event.