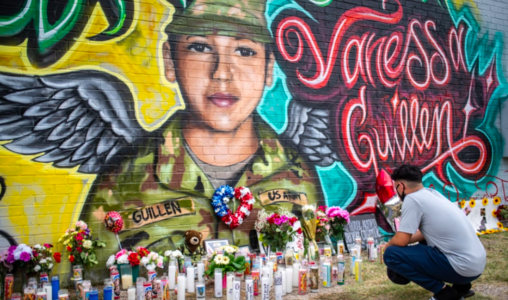 We demand that the U.S. Army have professional civilian investigators investigate allegations of sexual assault and harassment taking the investigation out of the victim's chain of command.

For decades, both female and male survivors of sexual assault in the military have had their allegations disbelieved and dismissed by their superiors in their chain of command. In addition, many survivors who have made reports of assault have been bullied and threatened by their perpetrators without intervention by the chain of command. Women service members have especially been brutalized. Most victims do not report the violence out of a well-based fear of retaliation.

That Navy civilian structure stands in stark contrast to Army Criminal Investigative Division (CID), which is led by military police officers who are not criminal investigators. Army CID is also distinct from the Air Force Office of Special Investigations, which is not totally civilianized but does have investigative agents leading the organization.

The Provost Marshal General of the U.S. Army General Donna Martin said CID has not had “significant structural change” in 20 years, “and yet we have had significant, quadrupling cases of sexual assault.”

It is critical that the Army has professional civilian investigators to investigate military sexual assault charges and take the investigations out of the hands of those in the military chain of command of the perpetrators.

Should the military continue to be allowed to police itself on sexual assault? Retired general and Pentagon weigh in.
https://bit.ly/3tA0Qpi