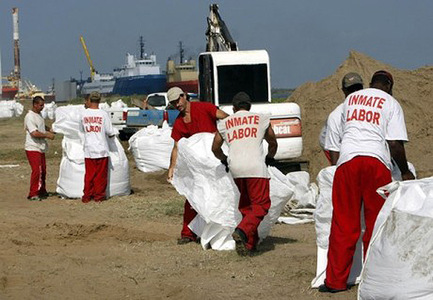 The 13th Amendment to the Constitution reads: "Neither slavery nor involuntary servitude, except as a punishment for crime whereof the party shall have been duly convicted, shall exist within the United States, or any place subject to their jurisdiction."

Sign this petition to demand that Congress revisit the 13th Amendment and propose a new amendment to the Constitution that abolishes free prison labor and applies the federal minimum wage to all labor in the U.S. and its imperial territories.

The 13th Amendment (1865) ordered the abolition of slavery in the United States, except as punishment for a criminal conviction. In other words, federal law permits the use of prisoners and incarcerated persons for free labor by state officials as well as the private sector.

From the late 1800s until now, unpaid prison labor has been the pattern, practice, and collective mindset of various states across America. Southern states have taken particular advantage of the wording of the 13th Amendment, and in turn, current resistance movements have risen out of prison-dense states like Texas and Alabama, where units are often compared to plantations.

Over the past few years, prison activists in Texas and Alabama have organized a series of prison-labor strikes -- where they refuse to work their assigned jobs in protest of unpaid labor compounded with toxic and unsanitary working conditions. The prison-labor strikes have led to prison lockdowns, starvation tactics and brutality by guards. Thus far, three prison units in Alabama and fourteen units in Texas (including a women's unit) have been placed on lockdown in reprisal for a collective work-stoppage.

RootsAction stands in solidarity with these prison activists fighting for their human rights, and we urge you to do the same. Prisoners, like all other human beings, should be compensated for their labor, whether with wages or with reduced sentences.

Paying prisoners for their labor enables them, not only to better provide for themselves while in prison, but also to pay outstanding bills and unpaid court fees that have accumulated over time (and that may have landed many of them in prison in the first place). Compensating prisoners for their labor through a legitimate "Work Time" system that reduces their sentence grants hardworking prisoners the opportunity to be reviewed early by parole boards and released back into society. This system also relieves state taxpayers, through the simple fact that an earned early release is one less prisoner to pay for.

Sign this petition to demand that Congress revisit the 13th Amendment and propose a new amendment to the Constitution that abolishes free prison labor and applies the federal minimum wage to all labor in the U.S. and its imperial territories.