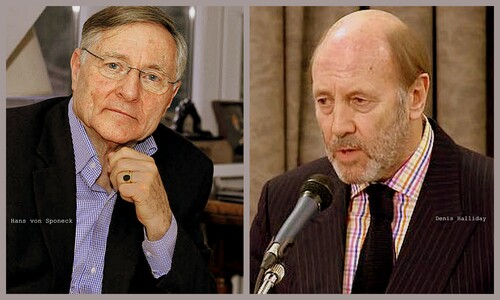 On 9 December 2014, the US Senate released its CIA torture report. The investigation confirmed what globally has been known for many years: the US Central Intelligence Agency and US-outsourced national authorities in Europe, the Middle East and elsewhere have been involved in an extensive range of torture applications.

Compelling evidence has become available, especially since 2001, the beginning of the Afghanistan war, through investigations by the European Parliament and national judicial authorities, as well as two major reports presented by Swiss Senator Dick Marty in 2006 and 2007 to the Council of Europe, on secret CIA detention centres in Europe, the Middle East and elsewhere.

The US Senate report makes it clear that cruel, degrading and inhumane treatment of captives by the CIA and its collaborators have been carried out on a continuous basis. Such treatment can not be justified in any manner, even if the US Government reservations with which it signed the UN torture convention in 1994 were to be taken into account.

CIA personnel and others wilfully participated in following executive orders and directives thereby violating the UN torture convention and the Geneva Convention III. In this way they have committed serious crimes for which they must be held accountable.

The UN Special Representative on Counter-Terrorism and Human Rights, Ben Emmerson QC has reminded us that “torture is a crime of universal jurisdiction”.

The U.N. high commissioner for human rights, Zeid Raad al-Hussein, said it is "crystal clear" under international law that the United States, which ratified the U.N. Convention Against Torture in 1994, now has an obligation to ensure accountability. He further added: “If they order, enable or commit torture, recognized as a serious international crime, they cannot simply be granted impunity because of political expediency”.

US President Obama must be aware that not holding the perpetrators accountable is a victory for impunity and will have far-reaching implications for global security.

We, signatories from all parts of the world, therefore urge the US Government and its Attorney General, to start a judicial process with a sense of urgency in compliance with principles of equality before the law. If they fail to do so, other international bodies, such as the International Criminal Court, will have the obligation under international law to assure that justice is done.

It is now time to take action. The individuals responsible for the criminal conspiracy revealed in the torture report must be brought to justice, and must face criminal penalties commensurate with the gravity of their crimes.

It is critical that we hold accountable those who authorized, those who legally sanctioned and those who implemented the torture policies.