To: The United States President and Senate 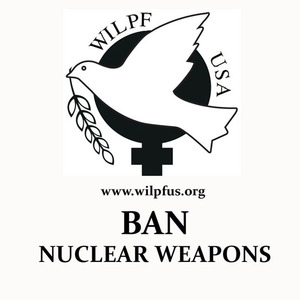 As a resident or citizen of the United States, I call upon the US President to sign and the Senate to give its consent to ratify the United Nations Treaty on the Prohibition of Nuclear Weapons adopted by 122 countries on July 7, 2017.

In addition, I call upon the President to safely and speedily remove all U.S. nuclear weapons from all foreign sites.

Further, I call upon the President, with the support of the Senate, to lead the way to negotiate the total elimination of nuclear weapons, and to redirect current and planned nuclear weapons spending to human and environmental needs.

The use of nuclear weapons, either intentional or accidental, will cause untold suffering to millions of people and may be a threat to the existence of humankind. The United Nations Treaty on the Prohibition of Nuclear Weapons is a legally binding treaty to eliminate nuclear weapons. The Treaty prohibits, among other things, the possession, use or threat of use of nuclear weapons. [To see the Treaty: http://undocs.org/A/CONF.229/2017/8.]