To: Governors, Representatives and Senators 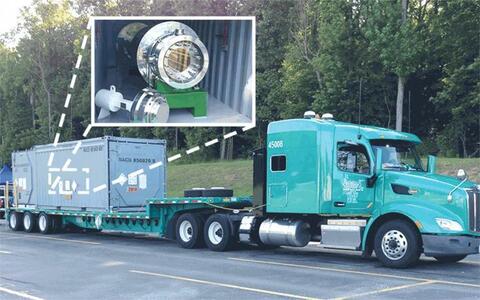 The federal government has secretly been working on a plan to transport highly radioactive liquid from Chalk River, Ontario, Canada, to the Savannah River Site in Aiken, SC -- a distance of over 1,100 miles. A series of 250 truckloads are planned by the Department of Energy (DOE). Interstates 95 and 85 are two of the probable main routes.

Based on published data of the US Environmental Protection Agency, a few ounces of this liquid could destroy a whole city water supply.

These liquid shipments are unnecessary. The radioactive waste can be down-blended on-site, making it into a solid. This has been done for years at Chalk River. Records from the past are very clear about this liquid and how it should be managed. The report "Detailed Statement on the Environmental Considerations By the Division of Material Licensing, US Atomic Energy Commission" (December 14, 1970) -- which has within it Allied General's application for the Barnwell Nuclear Fuel Plant (Docket No. 50-332) -- describes the waste generated at that facility, and describes how to manage the waste. I knew of this report because of the successful legal challenge to this facility in the 1970s in which I participated. Here is the outline of the criteria needed:

A majority of these are not possible during transport. In addition, when this is repeated 250 times, just a small error, human or equipment, could be disastrous. And errors are to be expected. For example, in the first shipment (and only so far), they had a hot spot in the transport container, and at the Savannah River Site had to turn it around to face the wall, supposedly so as not to expose the workers.

Mary Olson of Nuclear Information Resource Service, one of the plaintiffs in a lawsuit against these shipments, explains that "even without any leakage of the contents, people will be exposed to penetrating gamma radiation and damaging neutron radiation just by sitting in traffic beside one of these transport trucks. And because the liquid contains weapons-grade uranium, there is an ever-present possibility of a spontaneous chain reaction giving off a powerful blast of life-threatening neutrons in all directions -- a so-called 'criticality' accident."

Despite the lawsuit, despite all the letters, despite email, despite petitions, from thousands of concerned citizens, the DOE claims the impact is "insignificant." Although the law requires it, the DOE has not done an Environmental Impact Statement.

There has been a limited amount of news coverage; therefore, many people who would be affected by an accident do not know that this is happening.

This needs to be stopped. Please ask the Governor to keep these shipments out of the state.

Please send this to YOUR legislators and Governor. We will also deliver via email (in time), but YOUR emails, letters and phone calls are essential!